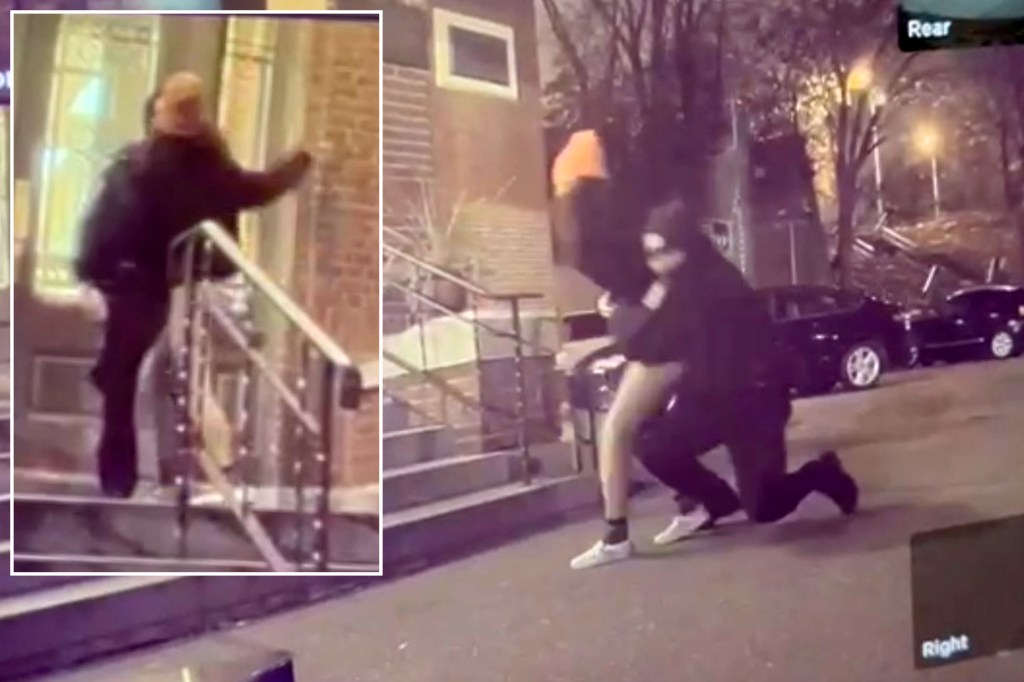 Video obtained by The Put up reveals the second a girl out of the blue attacked an NYPD officer in entrance of a Bronx precinct station home and the way the cop then wrestled her to the bottom, police mentioned Sunday.

The footage reveals suspect Penelope Hernandez, 29, of Decatur Avenue casually strolling up the steps in entrance of the 52nd Precinct station home earlier than punching the officer within the face round 10:30 p.m. Nov. 30, in response to police.

The officer then struggled with the girl down the brief flight of stairs, and the 2 wrestled on the bottom until two males, considered one of them a uniformed cop, got here to the policeman’s support and helped arrest Hernandez.

She was charged with assault on a police officer, resisting arrest and obstruction of presidency administration, police mentioned.

The officer suffered bruising, swelling and substantial ache to the left aspect of his face and scrapes to his knee, a police spokesman mentioned.