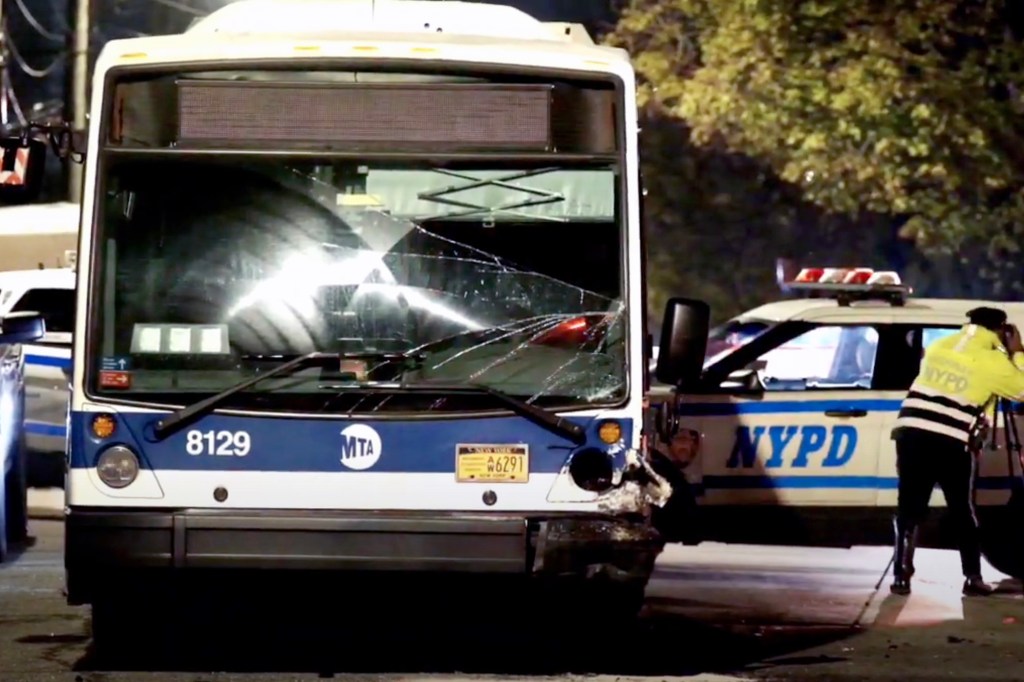 A 40-year-old man was killed when he drove “headlong” into an MTA bus, fully crushing his car, on Staten Island, based on police and video.

Mikhail Sukhitskiy of New Dorp Seashore was driving his Subaru sedan west on Ebbitts Avenue when he hit the bus, which was coming from the other way, round 10:20 p.m. Saturday, cops mentioned.

“He drove headlong into it,” a police spokesman mentioned.

Sukhitskiy was rushed to Staten Island College Hospital North, the place he was pronounced lifeless.

The health worker will decide the reason for dying, cops mentioned.