The surveillance balloon that floated across the US before being shot down by an Air Force F-22 fighter allegedly marked the latest — and most brazen — effort by China to spy on the US.

There have been scores of recent incidents in which Beijing has used a wide variety of methods to obtain intelligence, as well as military and commercial technology, from the US.

In 2021, the Center for Strategic & International Studies think tank in Washington, DC, compiled a list of 160 incidents of Chinese espionage directed at the US since 2000.

The CSIS noted that its list was derived from open-source material and likely didn’t comprise the actual total number of incidents.

“It is perhaps noteworthy that of the 160 reported incidents we found, 89 occurred after [Chinese President] Xi Jinping took power,” it added.

Here are some of the ways that China has been accused of infiltrating the US:

In 2020, the US Justice Department charged five Chinese nationals with hacking into the computer networks of more than 100 companies in the US and elsewhere.

The hackers, who were believed to remain at large in China, were described as part of “Advanced Persistent Threat 41,” a cyber-attack group that operates with the blessing of the Chinese Communist Party.

Chinese hackers have also been accused of stealing plans for America’s F-35 stealth fighter, based on documents leaked by rogue US intelligence contractor Edward Snowden in 2015.

Both the Pentagon and jet builder Lockheed Martin Corp. said at the time that no classified information was lost during the breach.

As of May 2018, China had more than 120 satellites orbiting the globe to conduct reconnaissance and remote sensing for military, civil and commercial purposes, according to an unclassified 2019 Air Force report.

The People’s Liberation Army reportedly owned and operated “half of these systems, most of which could support monitoring, tracking and targeting of US forces,” the report said.

The US Defense Intelligence Agency also released a contemporaneous report that said China was developing “more sophisticated satellite operations” with “dual-use technologies” to take out other eyes in the sky.

“China continues to develop a variety of counterspace capabilities designed to limit or prevent an adversary’s use of space-based assets during crisis or conflict,” the DIA report said.

China is also willing to acquire technology “by any means available,” putting its military “on the verge of fielding some of the most modern weapon systems in the world,” the DIA warned at the time.

“In some areas, it already leads the world,” the agency added.

In 2020, then-US Secretary of State Mike Pompeo exclusively told The Post that the Chinese Consulate in Manhattan was being used as a major hub of Beijing’s espionage program.

“They’re engaged in activities where they’re crossing the line from normal diplomacy to the kinds of things that would be more akin to what spies are doing,” he said at the time.

Pompeo’s remarks came about two months after the US government forced China to shutter its consulate in Houston in response to the alleged thefts of American intellectual property that were “costing hundred of thousands of jobs.”

Former CIA Chief of Counterintelligence James Olson has also said that more than 100 Chinese spies were operating in the Big Apple at any given time.

“Their spy program is massive,” Olson told The Post in 2020. “They aggressively mine social media and look for Chinese-Americans who have affection for Mother China.”

Olson said China’s recruitment pitch included convincing potential turncoats “that what they are doing will not be harmful to US interests — even though, of course, it is.

“China has multiple spies working on a particular project,” he said. “So [an agent] may be getting small pieces of information, which seem inconsequential but are part of a larger plan.”

A blockbuster 2020 investigation by Axios revealed that a suspected Chinese spy named Fang Fang cozied up to local and national politicians across the country, including US Rep. Eric Swalwell (D-Calif.)

Fang, also known as “Christine Fang,” was a Swalwell fundraiser who also helped place at least one intern in his office, Axios said.

The modern-day Mata Hari also had sexual or romantic relationships with at least two mayors of Midwestern cities, including a sexual encounter with an Ohio mayor inside a car that was under FBI surveillance at the time, Axios said.

Along with US military and counterintelligence personnel, members of American law enforcement are among China’s most sought-after undercover assets, Olson said.

In 2011, veteran FBI electronics technician Kun Shan “Joey” Chun, a naturalized US citizen, was traveling in Europe when he met a man who identified himself as a Chinese government official.

In exchange for lavish trips and cash for his family, Chun passed along “the identity and travel patterns of an FBI special agent” — as well as the organizational chart of the bureau’s New York Field Office and photos of documents he shot with his cellphone.

Even more stunning was the 2020 arrest of NYPD cop and Army reservist Baimadajie Angwang on charges he spied on fellow Tibetan-Americans and passed along information to a handler stationed in Manhattan’s Chinese Consulate.

At the time, FBI New York Assistant Director in Charge William Sweeney called Angwang “the definition of an insider threat.”

Angwang, who consistently maintained his innocence, blamed his arrest on anti-Asian prejudice and overzealous prosecutors, telling CBS New York last week, “I think they knew I’m not the guy.”

A NASA researcher and professor at Texas A&M University, Zhengdong Cheng, was busted in 2020 on charges he accepted up to $750,000 in federal grant money while hiding his affiliation with China’s government-run Guangdong University of Technology.

Cheng struck a plea deal in September and was sentenced to 13 months already spent in jail, along with agreeing to pay $86,876 in restitution and a $20,000 fine.

China has also been accused of infiltrating American colleges and universities through its “Confucius Institute” program to teach Chinese language, history and culture.

In 2020, the US State Department designated the Confucius Institute US Center as a foreign mission of the People’s Republic of China.

“Confucius Institutes are funded by the PRC and part of the Chinese Communist Party’s global influence and propaganda apparatus,” Pompeo said at the time.

A Columbia spokesperson said at the time, “The university’s disclosure of funding from foreign sources fully complies with federal requirements for reporting donations.”

Dangerous arctic blast ushering coldest air of 2023 across northern US 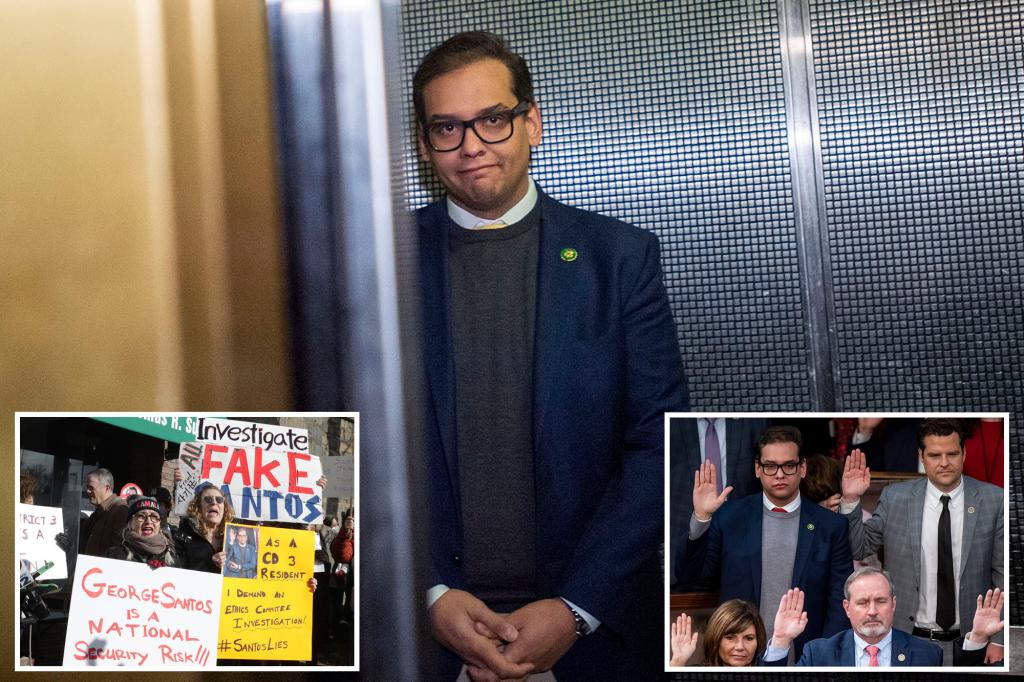 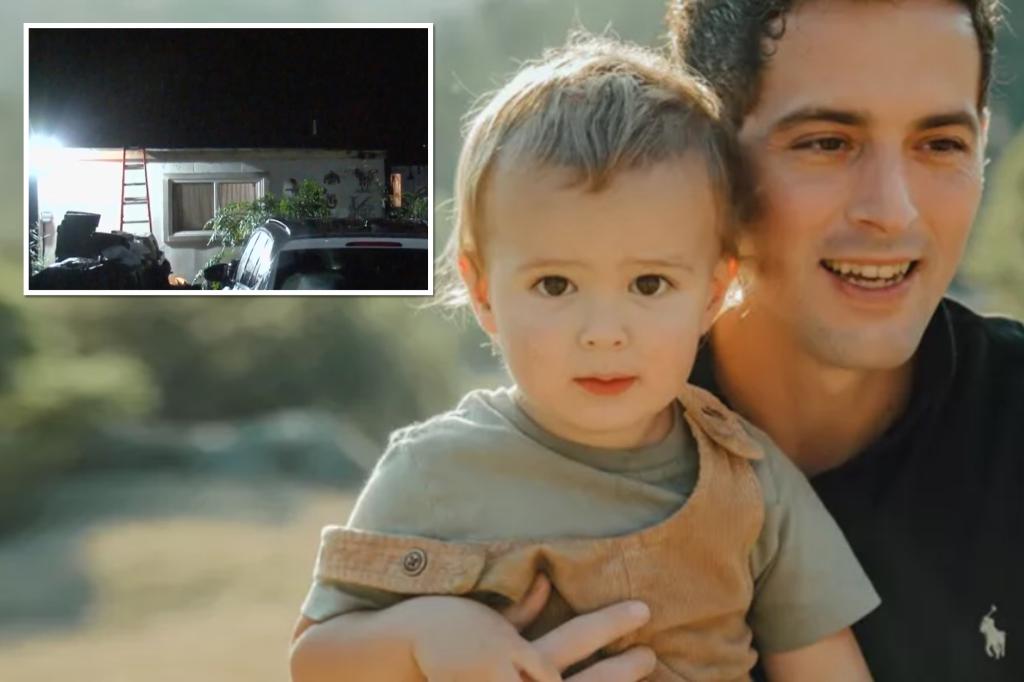 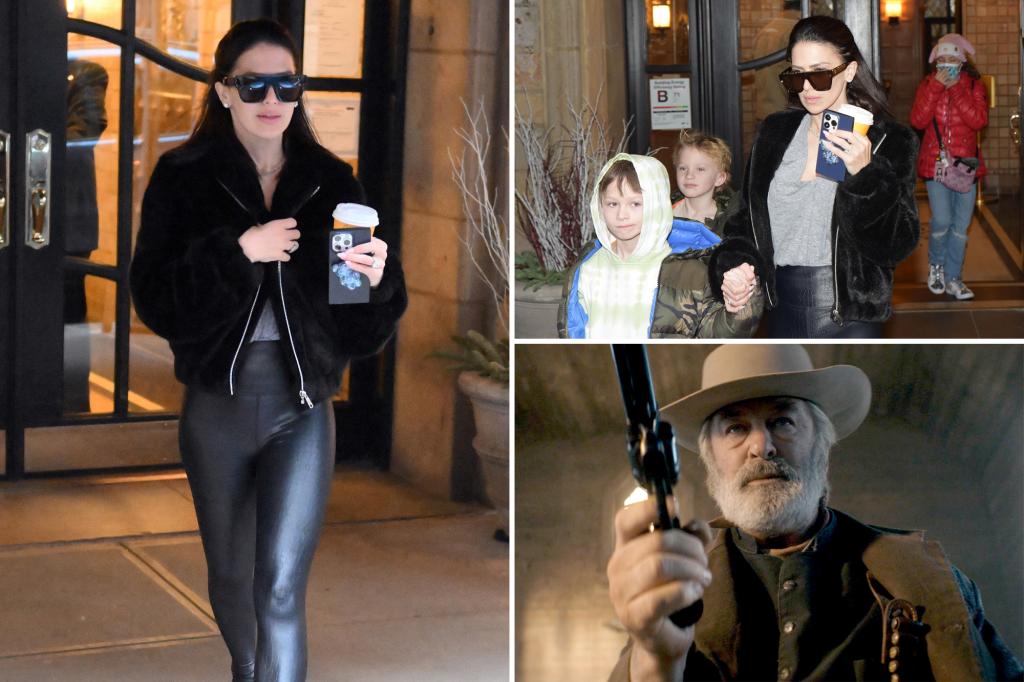 Hilaria Baldwin spotted in NYC ahead of ‘Rust’ ruling