Colombian Defense Minister Carlos Holmes Trujillo, one of the country’s most recognized conservative politicians, has died from complications of COVID-19. He was 69.

President Ivan Duque said in a televised address that Trujillo died early Tuesday, adding that he “couldn’t express the pain” he was feeling over the news. He offered his condolences to Trujillo’s wife, children and other family members.

“His life was a reflection of vocation for public service,” Duque said.

Trujillo became defense minister in November 2019, after serving as foreign minister. He was also the mayor of Cali from 1988-1990 and held several ministerial and diplomatic positions during his decades-long political career.

Trujillo ran for president unsuccessfully in 2018, when he was defeated by Duque, who was then a rookie senator, in an internal party contest.

As a foreign minister, Trujillo backed U.S. efforts to force Venezuelan President Nicolas Maduro out of office by supporting his rival Juan Guaidó. The campaign to remove Maduro through political and diplomatic pressure floundered, but has led to tougher U.S. sanctions against Venezuela’s socialist government.

Trujillo also oversaw Colombia’s response to a massive influx of refugees from neighboring Venezuela, coming up with programs that facilitated temporary residence for hundreds of thousands of Venezuelans.

As defense minister, Trujillo led the country’s efforts to tackle cocaine production, which had been growing rapidly since 2013 but stabilized the last two years. Trujillo campaigned for Colombia to resume aerial fumigation of coca crops, which was suspended in 2015 over environmental and health concerns. He argued that the Colombian government had found cleaner ways to fumigate the crops and that manual eradication put military personnel and contractors in danger.

In a statement, Colombia’s government said that Trujillo fell ill during a visit to the coastal city of Barranquilla, where he was taken to a hospital on January 11. The defense minister was transferred to a military hospital in Bogota two days later and was placed in an intensive care unit, where he spent several days in an induced coma before dying.

Colombia has recorded more than 50,000 deaths from COVID-19 and more than 2 million cases. Vaccination still hasn’t begun in Colombia, which has a population of about 50 million people and is the largest country in Latin America so far without the life-saving shots.

Duque said that his government has purchased 20 million doses of vaccines from Pfizer and AstraZeneca and has also signed an agreement with the World Health Organization’s Covax platform for an additional 20 million shots. Government officials have said that they hope to start vaccinations in February.

Queen Elizabeth delivers reassuring Christmas message during pandemic: “There is hope in a new dawn” 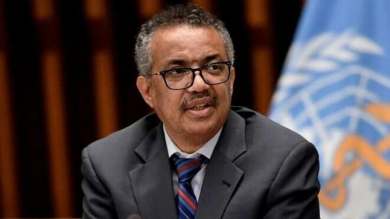